I love windy days! Don’t you guys? Seriously– a warm breeze is one of my favorite things in the whole world. And pair it with sunshine? Man, that’s the best thing ever. Especially if you’re cruising in the Caribbean. It’s seriously one of my favorite breezes because you’re in the middle of the ocean surrounded by sunshine and beautiful views. Extra bonus points if you have a balcony room, too. The ONLY problem I really see with windy days is my hair though. By the end of the day, my hair is basically a giant nest. I swear to you, I’ve discovered all sorts of crazy things in my hair, haha. Now, if I know I’m going to be in a windy situation, then I pro-actively do something about it 🙂 I’ve put together some videos for you on some pretty easy to do hairstyles (yes videos! but don’t get your hopes up– they’re not thattt fancy. If anyone wants to give me editing lessons, that’d be great. Thanks. haha). I mean, some aren’t for total beginners, it’s best if you at least know how to braid… and better if you know how to French braid 🙂

So here we are, another post with Carnival Cruise Line. If you guys decide to set sail, maybe you can use some of these hairstyles too. 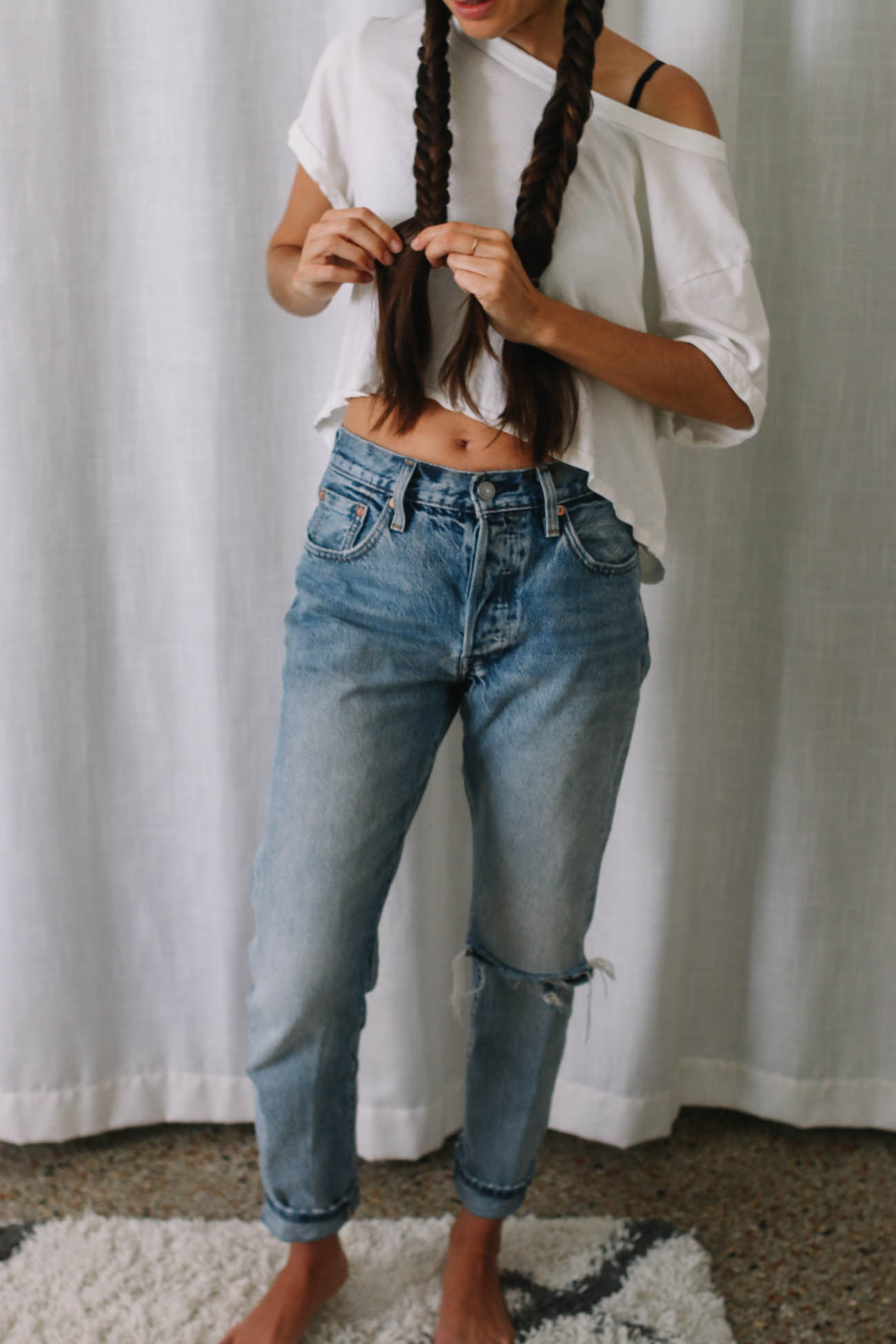 One of my go-tos lately have been two fishtail braids. Fishtail pig tails? I’m not sure what the term would be 🙂 What I LOVE about these is that the braids tend to look even better as the day goes on— they get fluffed up a bit and I think it looks really good! 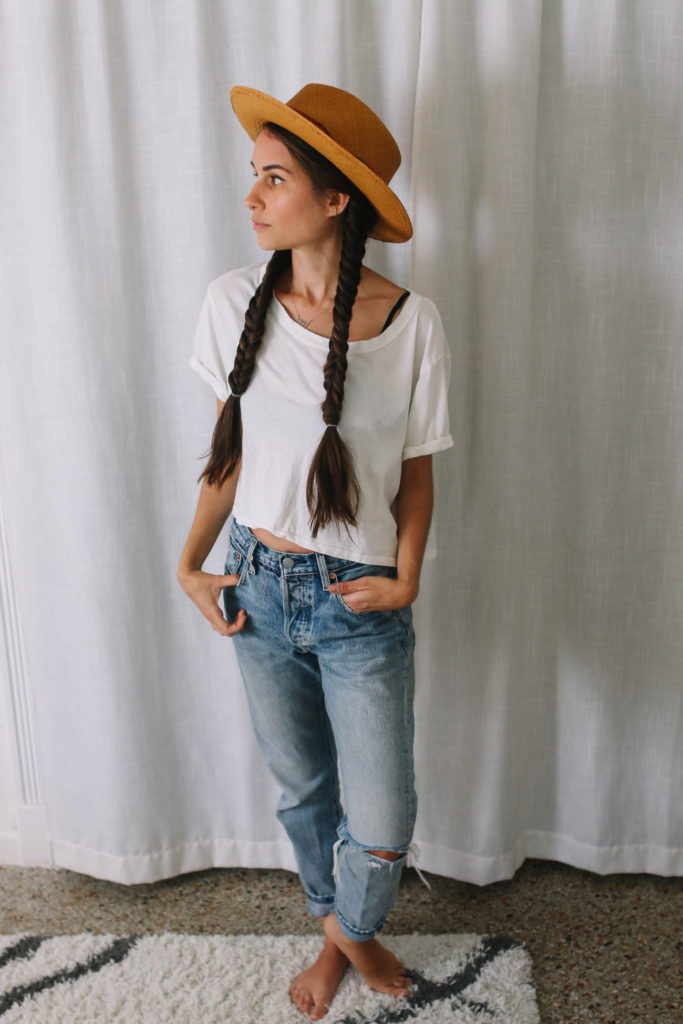 For fishtail pig tail braids, you want to divide your hair in half. Move one half out of the way (you’ll deal with that later). Take the other half and get ready for your braid! Wee! Divide that piece in half as well. Now, you’ll want to evenly pull a bit from each side and cross it over to the other. Similar to a basket weave. One goes over, pull tight, then grab a piece from the other side, over again, and pull tight. Over and over again until you reach the bottom. The hardest part about this braid is just making sure you hold your hair tight enough when you’re starting out. The second hardest thing is just how long it takes– especially if you have really long hair! Hopefully the video helps show you guys how easy it can be though!

How about one fancy braid? But not, a normal braid, a cool braid 😉 You know… one that is braided around your head and then down? That’s cool right? This is one of my favorite braids. I used to wear it allllll the time. Not sure why I stopped. I’ll probably end up wearing it in Colombia next week a lot since there is no humidity there and my hair will be SO tangled without a braid. 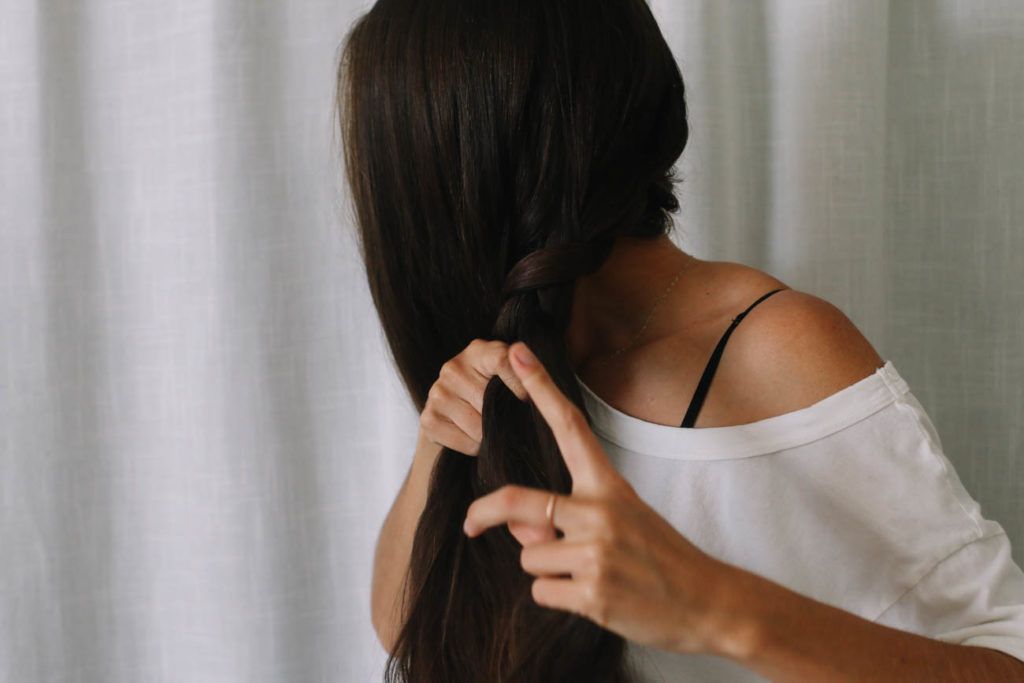 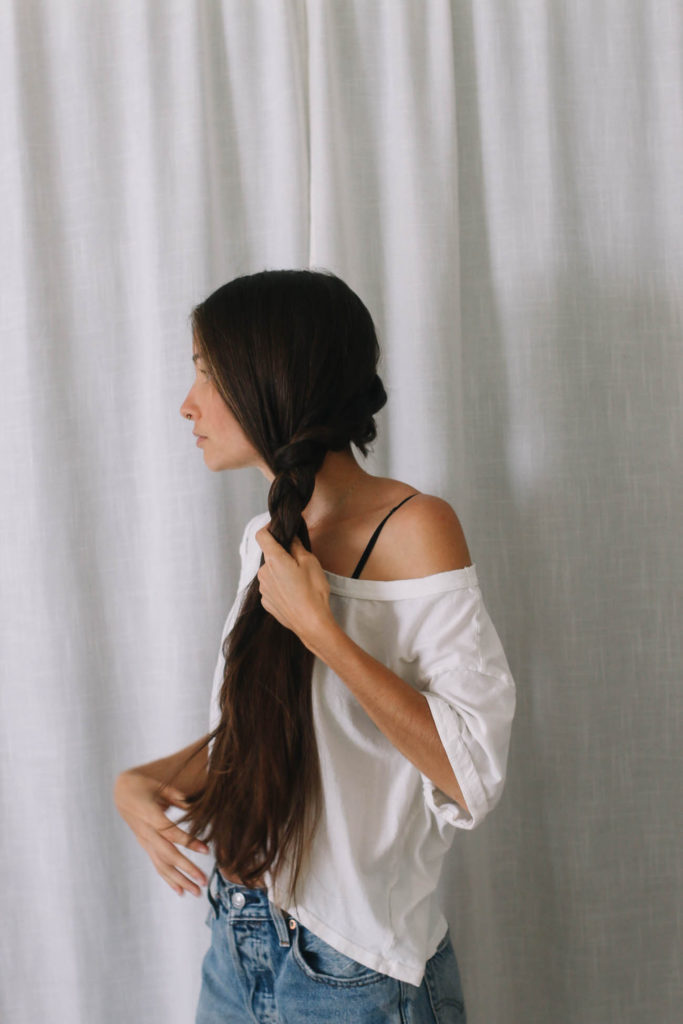 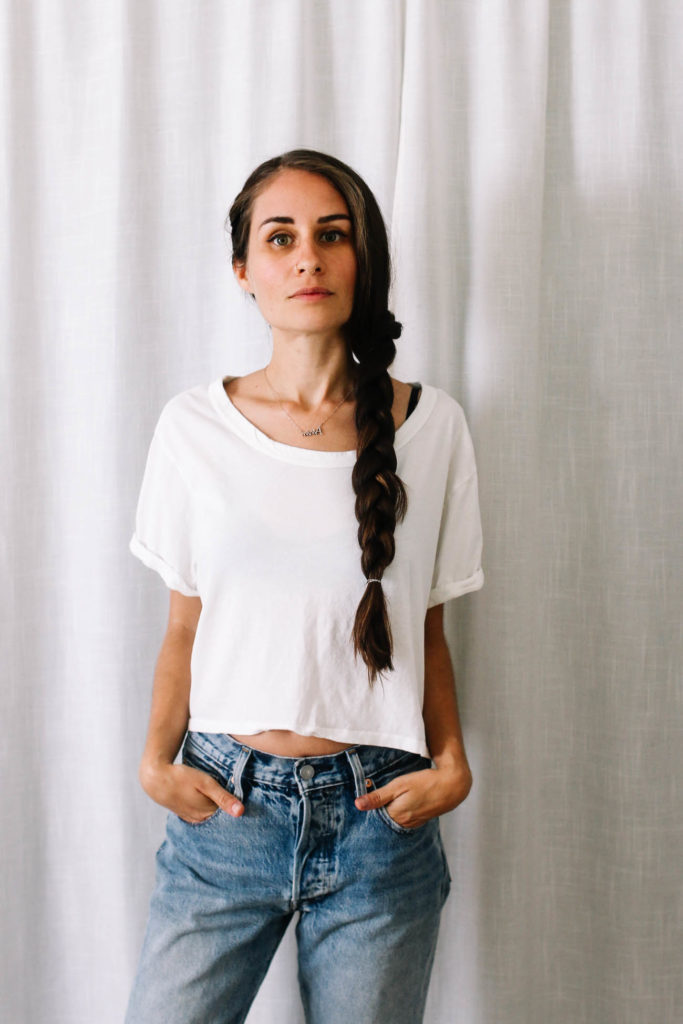 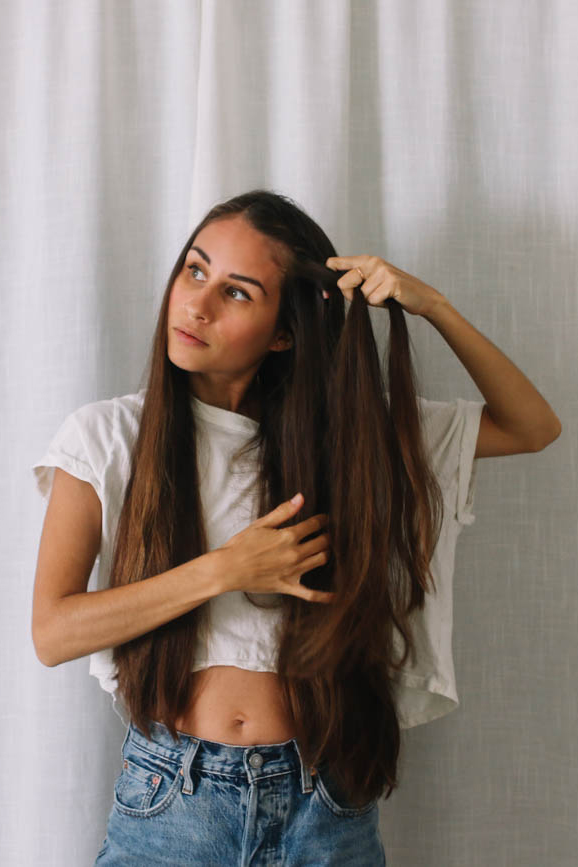 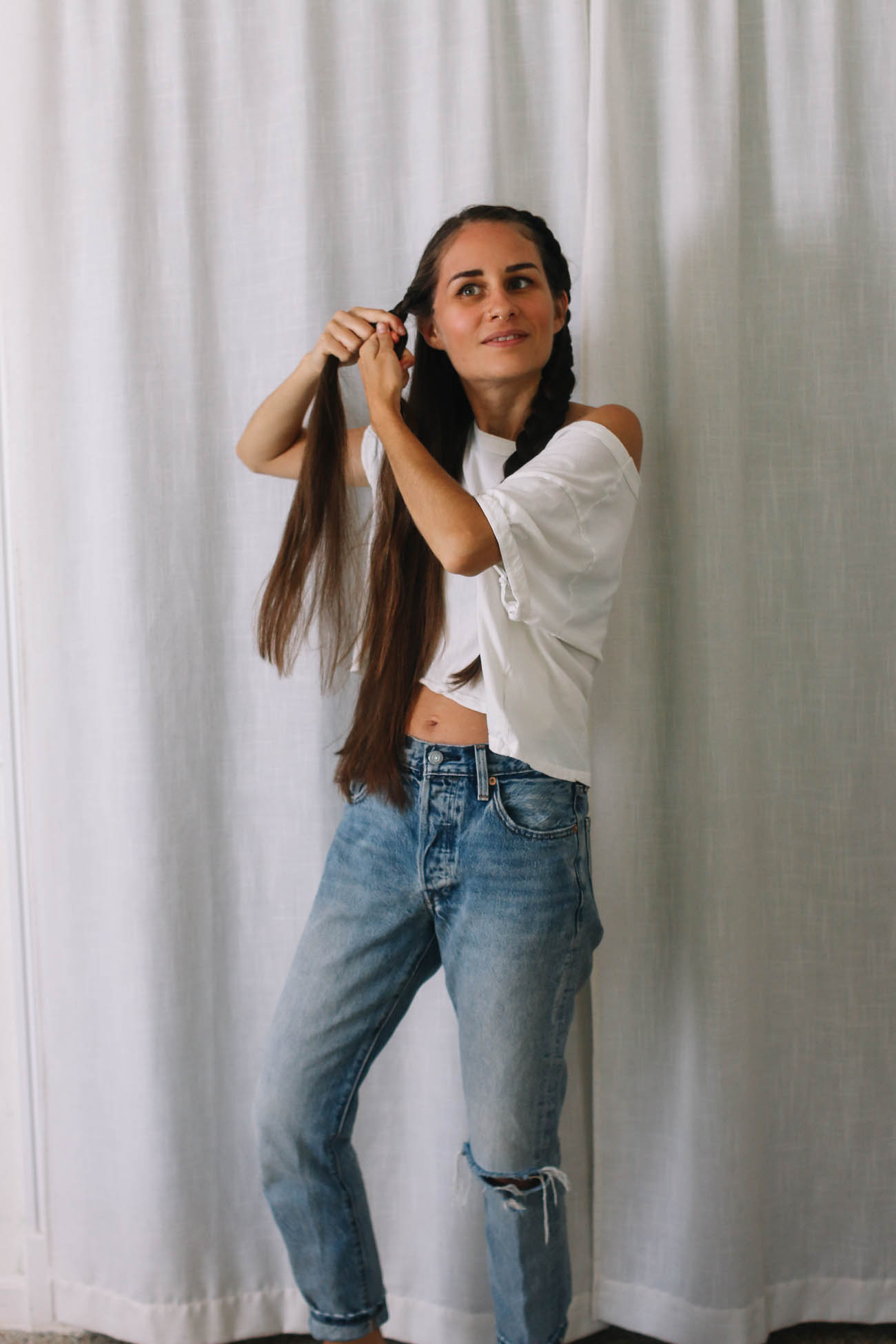 And some princess braids are always a good idea… 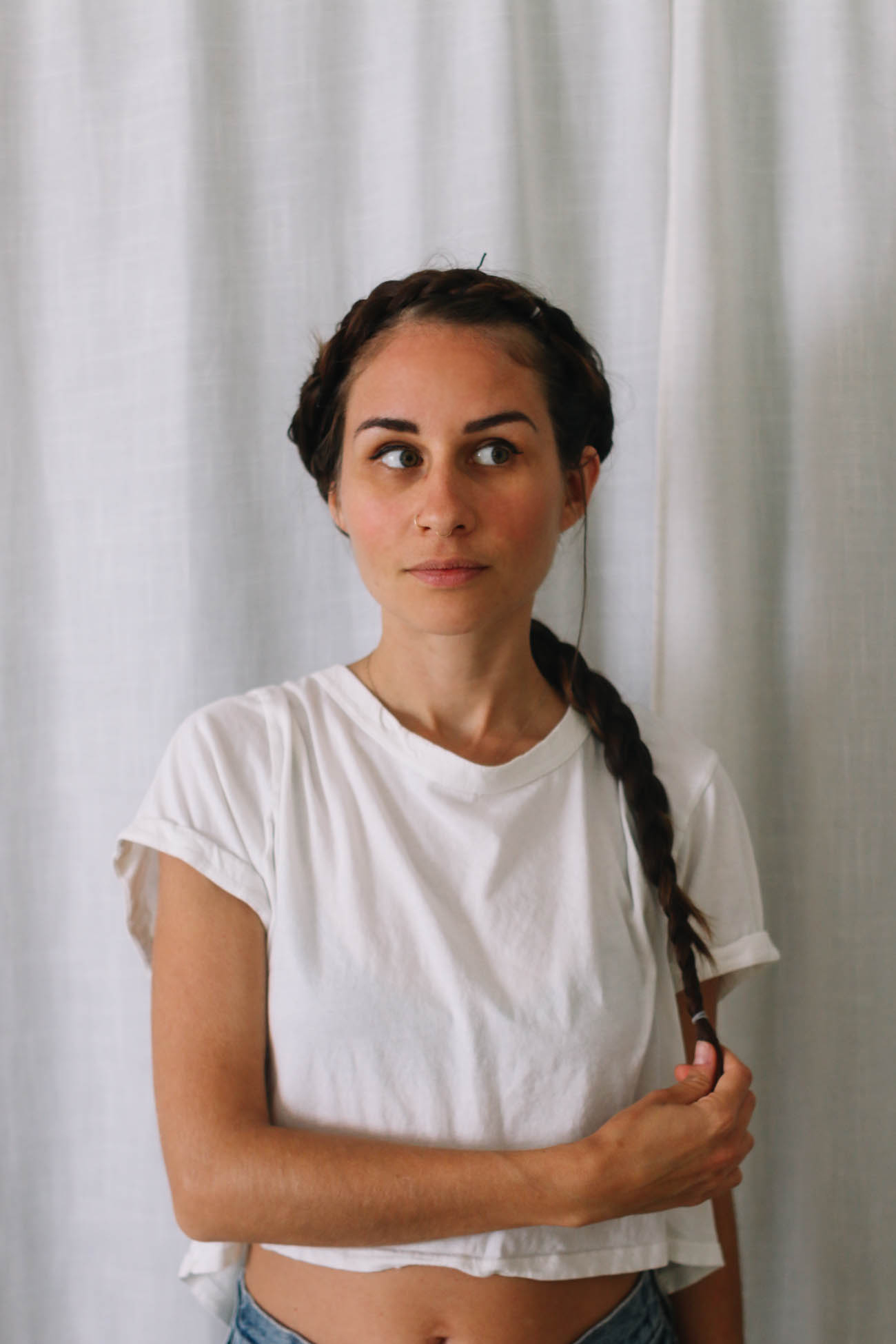 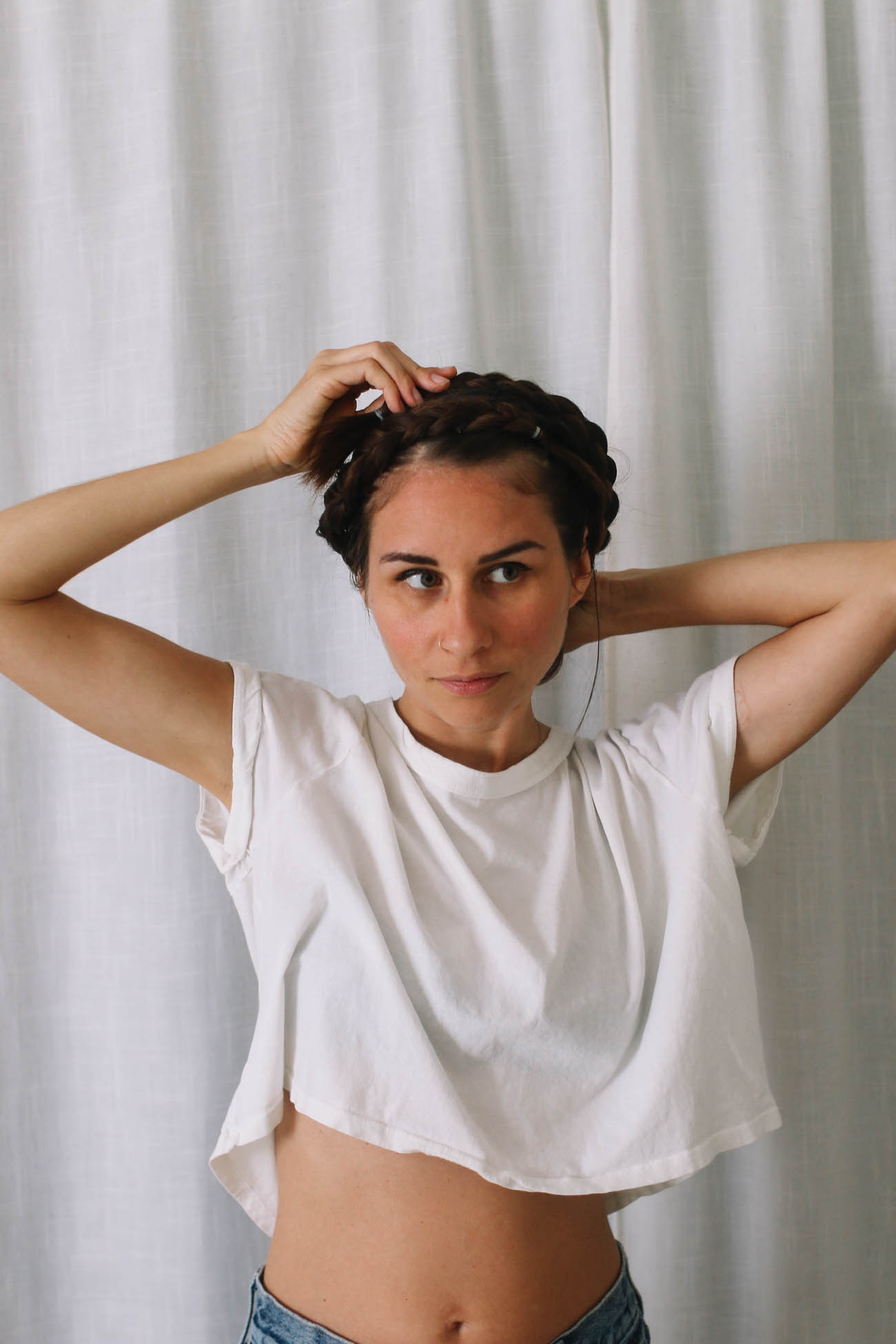 For this you want to divide your hair in half and do two side French braids on each side. Once you run out of hair you can continue with a regular braid or even a fishtail braid. Put an elastic on each end and then start pinning up your braids with bobby pins. Honestly, sometimes I do two braids on each side (total of four braids) because I have SO much hair that its hard to make the heavy braids stay with bobby pins and the four braids make it a lot lighter. This hairstyle is actually much easier to do than it looks. You can probably even get away without doing the French braid and just doing the two braids, but I think the French braid down the side looks better 🙂 Also, I typically do this in a mirror, where I’m better able to see where I’m placing my pins so it ends up looking a bit better 😉 Just tuck in the ends and pin! Voila! A hairstyle that’ll surely last in some wind. If you do it well enough, you can even sleep in this and wear it again the next day! Also, this hairstyle totally does work with shorter hair… your braids just won’t sit on top of your head. Just down the back– but it’s super pretty that way. That how I wore it when we got married! 🙂 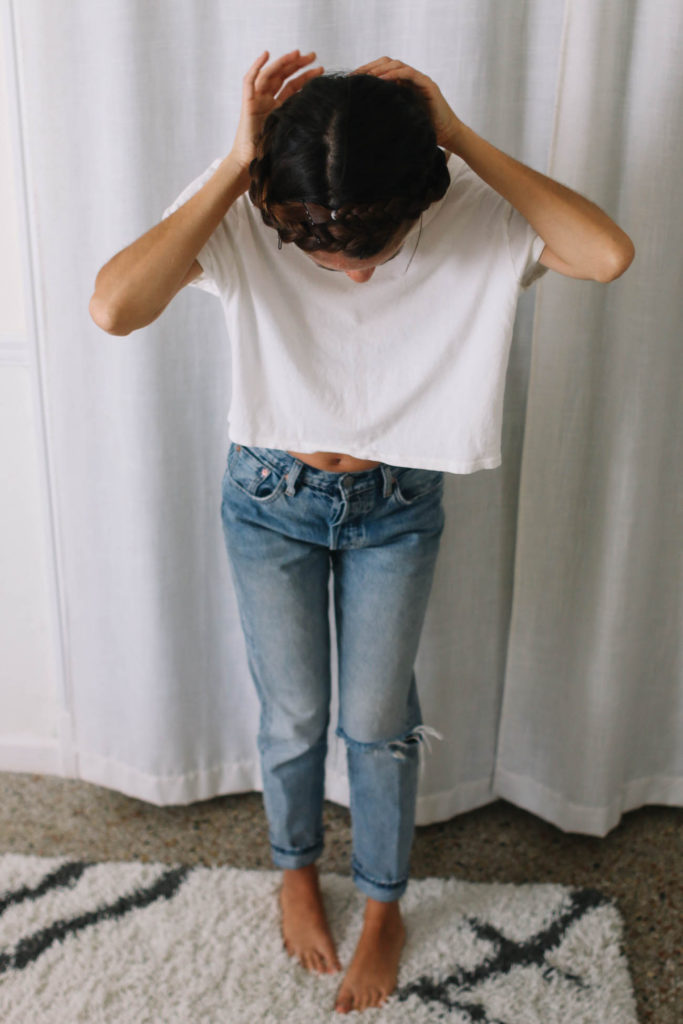 And there you have it friends! Honestly, my best tip is just have fun and practice. At the end of day you can let your braids down (or not), kick your feet up, and rejoice over the warm, breezy day you just had 😉 Weeee!

This post was created for Away We Go with Carnival, the destination for getting in the getaway state of mind. Head on over.

Video – A Day In The Life! Off-Grid Living In Guatemala