This post was a tough one! Not because it was hard to come about these documentaries– but it was hard to narrow down all the amazing sources of (video) information there is out in the world! There were definitely certain films that I knew I could not pass up on listing– and not that there is a level of importance, but I tried to list my must watch films first. So if you’re only going to watch a couple– then start in order from top to bottom, k? But I HIGHLY suggest watching as many of them as you can– the more the better.

But as I said, there are so many more films in the world I think you guys should watch. For this post I wanted to cover a bunch of different topics to try to round it all out for you guys– you know, a holistic/wholistic view 🙂 But I could list SO many more movies on different topics too– birth films, neuroscience, human power, and more!  Maybe next time, K?

I think it’s SO important to understand the world around us and inside us as well. These films will give you a glimpse into how so many different systems work (or don’t work) in the world. I hope these films can inspire you to take control of your own life and then, in turn, it will create a bigger effect on the planet. Just your standard, small everyday goal, right? Haha. Don’t mind me, I’ll just keep trying to open up ideas of info into your head.

So please, when you’re wanting to tune in or tune out-– please take a moment to dive into some good films! Oh and a lot of these you can find online for free! Netflix, Amazon prime, wherever! It depends on the film! Some are more on the *controversial* side so they were banned from Netflix and Amazon. So I just linked the main website for each film. This way you can go to the site and choose where you want to watch it. Also, I’m not a fan of paying to rent films when I already pay for monthly subscriptions, but I promise you if I linked it and it needs a rental payment, IT’S WORTH IT. So if you can spare it, please don’t let a 4$ price tag get in your way. Just skip a coffee for a day and you’re good, okay?

I don’t think I’ve ever said please so much in a post 🙂 But please curl up when you get a minute and enjoy these films! Because knowledge is power 😉 Please, thank you, and you’re welcome 😉

10 Documentaries You NEED To Watch To Better Your Life & World

Fed Up – Katie Couric gets behind the food system and all its faults. It doesn’t matter what diet you prescribe to– this is a really enlighting film for all the problems we have with food addiction in this society. I highly recommend watching this film asap. Especially if you have young kids, but even if you don’t, this film will speak to you. If you have older kids, this is a great film to watch with them. I watched it with Marlowe and some of the ideas went a bit over her head, but we paused for a lot of explanation moments which worked well. Again, highly recommend this documentary. I say it all the time, but it’s up to us to change the system. It’s corrupt as hell and it will only change with our own actions.  Please watch.

Bleeding Edge – OMG, if you’ve ever had any sort of medical procedure, taken any sort of medical drug, or plan to do anything in the medical system and trust the FDA stamp of approval, PLEASE watch this film. It will educate you and enrage you at the same time. And yes, anger isn’t good, but it’s so freaking important that we educate ourselves and advocate for our own health. Please watch. And please never trust the FDA label again. 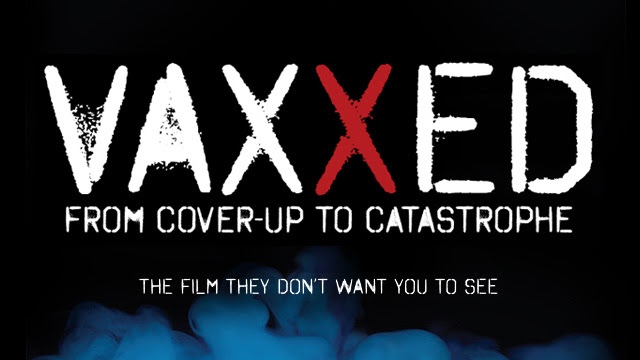 Vaxxed – This film gets even more behind the government system and how it works (or doesn’t work). It’s a must-watch for ANYONE — but especially for persons of color planning to have a kid. Seriously, share this film with all your black friends. They NEED to watch it. But even if you’re not black, YOU need to watch it. I’ve already recently discussed vaccines a little bit here— I’m not anti-vaccine, but I think it’s crucially important for everyone to research anything and everything they plan to put in their bodies or their children’s bodies. Because let’s be honest, when it comes to profits or people, the government and large corporations are always going to choose profit first. I think SOME vaccines sound really ideal– but unless the CDC starts showing up with real (and honest) research, they can’t be trusted to do the medical safety research for you. We need to take control of our own health decisions.  Ps. this video was taken off both Netflix and Amazon (good job, CDC!). 100% worth the 4$ rental.

What The Health – There are tons of food/health documentaries out there these days. I’ve only seen a small handful compared to the amounts created– so I cant honestly say which is the best one. I know a lot of people recommend Forks Over Knives— which was good but maybe too plant-based-in-your-face, haha. I watched  What The Health this year and found that it was a great one. Our food choices don’t just affect the planet they 100% affect our own mental and physical health. I’m proof of that– changing my diet improved my mental health and cleared away my depression.  Watch this one + the Fed Up one I linked and fight back with choosing real fiber rich, nutrient-dense food for your body. Seriously, don’t skip this film either!

Trace Amounts – This film also touches on vaccines– and I didn’t really want to list two vaccine movies here, but I thought it was important to list this one because it talks about mercury as a whole– not just the mercury found in vaccinations. We’re all at risk for exposure. I know myself, I’ve been exposed to mercury in more places than in just vaccines. So this a good film to educate yourself on how it works in the body and learn a bit more on how to rid it from your body — you know, what I’ve been trying to do for a long time now. Ps. There are much faster ways to remove mercury from your body than with food– but the intravenous stuff makes me nervous. And food can be powerful enough in detoxing. If you remember my experience with detoxing heavy metals, I went too hard too fast last time. My tongue still has a bit of a metal taste leftover from that week. Womp. Anyway, a super interesting film on the effects of mercury on our brains.

Minimalism – Okay, so the previous films I listed weren’t exactly the most upbeat (okay, okay, none of the films I listed are), but I think out of all of them this one is the least depressing. We love this film. Even Marlowe has asked to watch it repeated times. I’ve been slowly striving for more and more minimalism for a while now (BYE HOUSE!) but I feel like maybe this film helped Marlowe understand the why of it even more. I mean, she understood that less stuff = less damage to the environment, but it’s so much more than that. Even if you’re not striving to be a minimalist, it’s a great film to consider! And by the way– you don’t have to live with 2 pieces of furniture to strive for minimalism! I mean, that’s great, but the idea can feel a bit extreme at first. But there are probably more things in your life holding you back instead of setting you free 🙂

The True Cost – I say it all the time, but every single action we take directly affects something else.  For instance, we only buy organic products so that farmers don’t have to suffer through pesticides health injuries for us. Even clothes that we’re not eating are organic for this reason– but there is SO much more to it when it comes to something as seemingly simple as buying clothes. Like, for Marlowe’s school this year we made it a point to get ALL her outfits secondhand. Not one piece bought new (other than undergarments). Our choices matter. And this film will definitely help open your mind to the reality of the clothing industry.

Cowspiracy – I recently listed this film on Instagram after the stories of the large amazon fires came out. The amazon fires are DIRECTLY linked to factory farming/ meat consumption. This is a really easy film to understand how our meat and dairy farming affect the planet as a whole. I say all the time, one of the best things you can do for your health it to cut out dairy. But what about planet health? Dairy too. (and meat). Yes, there are other actions that NEED to take place in order to slow climate change, but saying no to meat and dairy is the fastest way to make a difference right NOW. But yeah, the film is super easy to understand and can give you a world of knowledge on how food choices affect climate. After The Flood might be a good one to watch with this too.

Chasing Coral – This film was a bit hard to watch. Marlowe had a rough time watching it. Honestly, it was a while ago hen we tried and I don’t remember if she got through it. I don’t blame her, it was a great film, but it was a bit too depressing for her. This film, if you cant tell by the name, focuses on our coral reef ecosystems and what has been happening to them over the years. It’s a beautiful and sad film at the same time. It’s hard to understand our everyday effects to something we don’t see every day. I know for me, even living on the beach it’s hard for me to see. I see and deal with ocean pollution often here in South Florida, but even the reef idea seems so separated from my everyday life. Definitely, one to watch.

The Great Hack – I complain about social media a lot. I like this blog because it feels like a safe outlet that you guys come back to. Maybe not everything is searchable on my blog (let’s be honest there is a high chance this post won’t be), but at the very least I know you guys can just click over and read. Social media isn’t always like that. Hidden hashtags, hidden posts, photos not showing up while scrolling. There’s a huge money based control system in place (and it drives me insane). This film talks about how social media control affects our political system. You read that right. Interesting for sure.

Alright friends! That’s my top ten list at the moment. I’ve definitely listed tons of other great documentaries in the past though! And happy to list ten million more one day 🙂 You guys shared a TON with me on Instagram the other day and I’m looking forward to diving into your lists! If you have more suggestions, please feel free to leave below for everyone 🙂  I hope you enjoy these documentaries! Cheers!

The Strangest Things Happened To Me The Other Night…